During the discovery of FTL technology and the subsequent discovery of Dualium and Kirara, the DGTO fought a war on Earth with supporters of the Kirara Drive which had left the planet completely devastated and countless other planets' surface destroyed by orbital bombardment. As a result, people had forced to flee planet Earth and resides in various planets. DGTO Deep Galactic Trade Organization, originally a company has transformed into a nation state seeking for dominance over all of the galaxy, hence all the universe. And after it's establishment, it based on Kasumigastar as it's administrative centre, thus begins the era of this empire.

DGTO society is seen as both industrial and corporate, shunning the old values of entertainment and culture in the name of progress. They have become a brutal corporate oligarchy which enforces the ban with various degrees of severity.

The empire has state-run television channel, notably the BSC Television Channel and AON Television Channel and state-run radio station, allowed to be broadcast by the government. Streaming of the Television Programmes not only available nationwide, but also abroad by Whole Over Technology Association and the empire defectors. Freedom of the press and Freedom of Speech are restricted with newspapers and magazines published under government watch according to the constitution of the empire and that the government only allows speech that supports it and the Deep Galactic Trade Organization party. Media reports are often one-sided and exaggerated, playing "little or no role in gathering and disseminating vital information true to facts" and providing propaganda for the regime. Schools are mostly state schools and syllabus permitted by the government are allowed to be taught, including government policy, especially Entertainment ban. Cult of personality to the empire leader could possibly being practice with the portraits of its leaders displayed on television, schools, home and nationwide since the empire is a Totalitarian nation. Strong patriotism is being nurtured in its people to show loyalty to the rising empire such as flying the empire's flag.

All journalists are members of the Deep Galactic Trade Organization Party and must follow the strict laws or will face punishment such as hard labour or imprisonment, even for the smallest typing errors. Only news that favours the regime is permitted, whilst news that covers the economic and political problems in the country or criticisms of the regime especially about entertainment ban and its related issue or the idol group AKB0048 itself from abroad is not allowed. Candidates for journalism school must not only prove themselves ideologically clean, but also come from politically reliable families. Domestic media and the population itself are not allowed to carry or read stories by foreign media and can be punished for doing so.

Places with Dualium rich deposits have harsher bans since they attract Kirara while planets with less Kirara deposits are less harshly enforced. The colonization efforts also have a detirimental effect on the planets as they often conduct massive strip mining efforts and heavy industry to construct their empire.

The Entertainment Ban is enforced by the Destroy Entertainment Soldiers, consisting of a mix of armor, assault suits and power armored infantry supplied by the corporate oligarchy. The maximum sentence for defying the ban is 48 years in prison. In addition, the propaganda about the ban are often seen broadcast on television nationwide. Live Broadcast of trials are often broadcast nationwide too even for minor offences, serve as a reminder to people for defying the empire's law and or constitution. For example, Live Broadcast of trials for AKB0048 member captive, serve as a reminder to people for defying the ban. Under the ban, people are not allowed to participate in entertainment activities such as AKB0048 idol group or watch any entertainment concert, showing the restricted civil rights of the nation.

One of the major supporters of the DES and the DGTO is the Zodiac Corporation, a State-owned enterprise .

In terms of economics, only a few state-run incorporated companies such as Zodiac Corporation which produces military arsenal, fabrications and drones, receive approval by the nation state government and are allowed to run nationwide. Private Sector companies are banned from existing, and there maybe existence of black markets and illegal entertainment activities underground which are supported by the government allowing them to make huge profits. Much of it's people are living in poverty, income is distributed equally among it's people, making the nation itself virtually do not have any society class. A lavish life is given to the families whose parent is a government official. Poor and backward conditions make many of its people unable to make ends meet. For example, Tundrastar is one of the most backward places in the empire, and due to dualium mining, harsh administration makes the life of Tundrastar people suffer more than any people of other member state in the empire, above imposing Entertainment Ban. As a standard of market exchange, the Central Bank of Deep Galactic Trade Organization was set up and a national currency was adopted. Compared to all natural sources exploited by the empire, Dualium which attracts the Kiraras is the most exploited natural source and most exploited metal compared to Gold, Silver, Tin and other metals. Since transports play important rule in everyday life, it is suggested that Petroleum mining may exist in the universe in different amounts depends on respective planets.

The armed force of the empire is the Destroy Entertainment Soldiers. Besides guard the safety of the Deep Galactic Trade Organization Empire, the armed force also responsible for implement and carry out entertainment ban as ordered by the government. It has since maintained a Zero Tolerance Policy when encountering social affairs, including arrest people associated with entertainment. They are also up to arrest the officers who are against the Entertainment ban or those who do not turn out their young ones participate in idol activities or entertainment protection force, one of them being Nagisa's Father. Deep Galactic Trade Organization also has a Police Force, the Deep Galactic Trade Organization Armed Force, guarding the peace of the community, and are up to arrest those who defy the ban or try to attend the AKB0048 concert. The Armed Force is divided into Land Garrison, Space Force, Navy and Air Force. Both the armed force and the police force are divided into division each is lead by a commander.

The empire has a judicial body belong to the government. The State Judicial Body set up a High Court at Kasumigastar, responsible for criminal offences from serious ones to minor ones. For example, Entertainment is a serious crime, anyone caught doing so will be jailed for 48 standard years. For minor offences, Harsh Punishments are carried out, whereas Capital Punishment for serious crimes such as murder. It is possible that people are against the court decision, but did not voiced it out due to the heavily restricted freedom of the speech. People could silently watch the court make decision or sentencing a criminal even if the rule is biased. There may be also planet-level courts in each of the Deep Galactic Trade Organization empire planet, and below these are the local courts in all districts of each respective planet.

Deep Galactic Trade Organization could possibly be a Single Party State rule by a dictator. Like many communist states, there is possibly the existence of a Bicameral Legislative Council and a presidential house. The Capital City and the administrative centre could be Kasumigastar since there lies the High Court. Deep Galactic Trade Organization is a unitary state where laws and activities are under direct control of Central Government with the Deep Galactic Trade Organization Party as its sole lawmaker. Elections are held every alternate parliamentary period (possibly five years) with mostly Deep Galactic Trade Organization members are candidates in their respective electoral districts and win seats by almost or full support. There are some independent candidates elected as well. Elected candidates will be represented in the Legislative Council, and are responsible for introducing and pass the bills, with the compulsory approval from the dictator which become laws of the empire. In terms of administration, corruption is less prevalent situation among politicians and government officials. But the empire is ruled with an Iron Fist government and harsh laws it has made, contributed to the suffered lives of many of its people. Political freedom is restricted since no other political parties are allowed to exist.

The Deep Galactic Trade Organization has several members since it's establishment, with most of them joined the empire by invasion of the Destroy Entertainment Soldiers. Harsh laws especially Entertainment Ban are practiced in these planets after their annexation into the empire depends on the concentration of the Dualium metal. 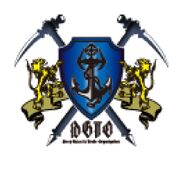