"I want to be the successor of Sashiko"
—Orine in the promotional video of 77th generation in Episode 6.

Orine has long, puffy pink hair and peach-colored eyes. Like all the AKB0048's trainees, she has a heart-shaped lining in her hair and eyes.

Orine is very bright and cheery, despite the tragedy that has occurred within her life. She loves to work with machines, and is a bit heartbroken when she leaves Lancastar and the machines she loves at the factory. She is the most softspoken of the 77th Generation.

4 years ago, Orine, along with Nagisa Motomiya and Yuka Ichijo, were brought by Chieri Sono to an abandoned mine where an AKB0048 concert was held. After witnessing the concert and the battle between AKB0048 and DES soldiers, in which AKB0048 would win the battle, the four girls vowed to join AKB0048 one day.

At some point in her life, her parents were killed in an accident at a Dualium mine.

Orine now works in a factory, in which she enjoys her work, even though she wanted to go to school with Yuka and Nagisa. She then receives a text message from Yuka, telling her about the 77th AKB0048 auditions hologram card. She, along with Yuka and Nagisa, view the hologram and learn how to do the auditions. The girls each make a video audition, and then send the videos secretly.

The next day, on the road, Yuka informs them she has received an answer from AKB0048 in which it said that all three have passed the auditions. Orine and Yuka were ecstatic about the news. Nagisa, however, seems sad. She tells them that she won't join them because of her father, which caused Yuka to yell at her for being a scaredy cat. Later that night, Orine cleaned the machines one last time before leaving Lancastar. She and Yuka found Nagisa "asleep" outside near a mining operation. Yuka covers her with an overcoat so Nagisa won't catch a cold.

During Episode 2, Orine along with Yuka and Nagisa are searching for the ship to the auditions when a disguised Chieri runs by and knocks Orine over.

Yuka and Nagisa begin to scold her, but Orine assures her friends that she is okay as she gets up. Later, after the three of them notice an alert stating that Chieri has escaped from the Zodiac Corporation and that there is a search warrant for her, she and her two friends search for her, although Yuka and Orine find no trace of her. Later, Orine has lunch with her friends and meets Makoto Yokomizo, Suzuko Kanzaki and Sonata Shinonome, who are also audition bound. When DES attacks the ship, Orine runs with her friends. They are later rescued by the current AKB0048 members, and Orine is seen on the escape ship as they run.

Orine participates in the grueling training regime that the auditioners must endure in Episode 3, but does voice her discontent alongside Nagisa and Yuka that she wants to be an idol and sparkle, not do things so physical. However, she warms up to the training and ends up being chosen as one of the seven girls who are a part of the 77th Generation.

Orine is present during Episode 4, and meets Mimori Kishida and Kanata Shinonome along with the other girls, and is present in the hallway as the girls look at the pictures of the past girls who have held Center Position. She later joins the girls in dance practice and then at the riverside to sing a song at the end of the episode.

During Episode 5, Orine and Yuka decide to remain at the dormitory and assist Chef Papa in completing his chores. After Chef Papa leaves to get a new rice cooker (after ruining his old one making rice for Mayuyu), Tomochin enters late due to oversleeping and asks for the girls to make her some food. After Yuka and Orine feed her, Tomomi asks them to accompany her on an errand to her house. There, they learn that her family has been successors for Itano Tomomi for generations. At the episode's end, Orine and Yuka struggle to learn Tomomi's signature cute look.

In Episode 6, during the promo video shoot for the 77th generation, Orine states that the previous member she would most like to succeed is Sashiko. After the promo video is aired, Orine receives what she thinks is a fan letter, but is horrified to discover that it is a video message from Sashiko's fan, who insults her and threatens her, saying that no one can compare to Sashiko. He tells her to quit AKB0048 or he will set off a bomb at the handshake event that Orine and the other members of the 77th Generation will be attending. Orine is scared and an unsympathetic Tsubasa Katagiri tells her that haters are part of the job, and if she cannot handle it, she does not belong in the group.

Orine struggles to regain control of herself and her emotions, but fails miserably, unable to look at herself in the mirror and falling down during dance pratice. Rather then show sympathy, Chieri chastises her for not being able to move on from the hater's message. Orine runs out of the room crying. Takamina later finds her in a bathroom stall, crying still. Takamina helps her and tells her that all members of AKB0048 have haters, including her. Later that night, Orine decides to attend the handshake event despite the warning of Sashiko's fan.

At the event the next day, Orine is incredibly nervous, even knocking over a drink in the green room. However, she goes with her friends to the booth. Her first fan then shows up, a little girl named Yayoi. Orine takes her hand in hers, and thanks her profusely for coming as she cries. The day goes well, until Orine's hater shows up. As he moves to confront her, Chieri jumps in front of her, and disarms him with a polite greeting.

Just then, the handshake event is rocked by an explosion. The girls move to confront the hater, stating that he is the one who caused the explosion. He protests he is not and runs away. As he does, Orine blocks the girls from going after him, stating to let him go. Orine then runs to help a scared Yayoi, and later is seen with Mimori and Suzuko escorting fans from the stadium. She then sees her hater fall down and goes to help, but he rebuffs her, saying he knows what she is trying to do and he will not let her. Orine then realizes he loves Sashiko, just as a DES robot comes crashing down towards them. Orine runs and saves the hater, and then states that she loves Sashiko too, and wants the hater to help make her more like Sashiko. As the hater lies there stunned, Takamina shows up, and tosses Orine a micsaber. She asks Takamina to take care of the hater and runs into the battle. Afterwards, Yayoi runs up to her and hugs and thanks her, while the hater runs away.

The next day, Orine gets a video message from Sashiko's fan, stating that although she has a lot to work on, he is not opposed to her working towards becoming Sashiko's successor.

In Episode 11, she discovers that the factory she loved working in so much was actually a factory for making DES weapons due to the carving of the word "sakura" on one of the parts she had made. Seeing this prompts her to freeze up in front of it.

Orine, Yuka, Nagisa, and Suzuko in a magazine review. 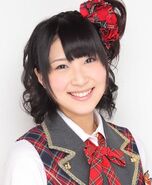 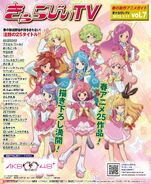 Orine and the other trainees in a magazine cover.

Orine and the other at the beach.

Orine and the others in the magazine review,

Orine, Yuka, Nagisa, and Chieri on a poster.

Orine and the other trainees on a poster. 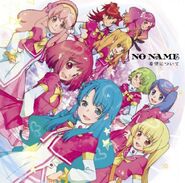 A Cover of NO NAME's album.

Orine and the others on volume 1 of the DVD.

Orine and the others on volume 2 of the DVD.

Orine and the others on volume 3 of the DVD.

Orine and the others on volume 4 of the DVD.

Orine and the others on volume 5 of the DVD. 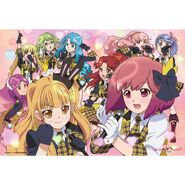 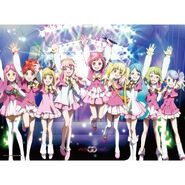 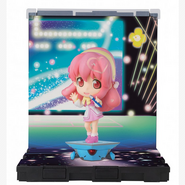 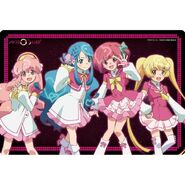 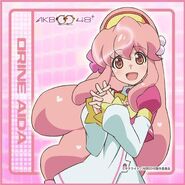 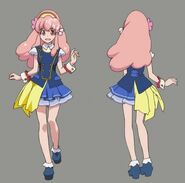 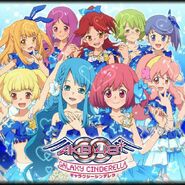 NO NAME Galaxy Cinderella of Shoujotachi Yo. 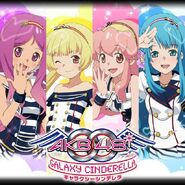 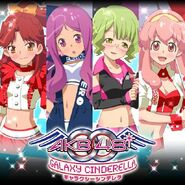 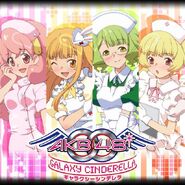 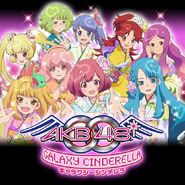 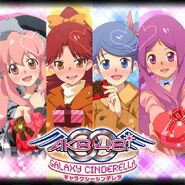 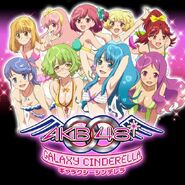 NO NAME Galaxy Cinderella of the beach. 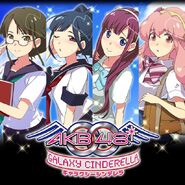 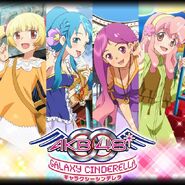 Orine Galaxy Cinderella of Flying Get.

Orine Galaxy Cinderella of the beach.

Orine Galaxy Cinderella of the beach. 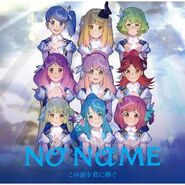 NO NAME 2nd single Type B 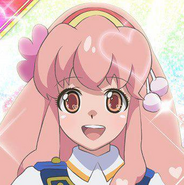