Rie Kitahara (北原 里英 Kitahara Rie), also known as Kitarie (きたりえ), is a member of AKB0048. She is the 9th person to succeed Rie Kitahara. In the early results of the General Elections, she was ranked at 10th place.

Rie has dull black hair. She also has blue eyes, and a mouth that is similar to Tomochin's. Like all AKB0048 members and understudies, she has a heart-shaped lining in her hair and her eyes.

Rie Kitahara was born on June 24th, 1991 in Aichi prefecture, Japan. She joined AKB48 as a member of the 5th Generation. She is also the captain of AKB48's new sistergroup NGT48 base in Niigata. She is a member of Sub-Unit, Not Yet along with Yui Yokoyama, Yuko Oshima and Rino Sashihara. She ranked #11 in this year election. 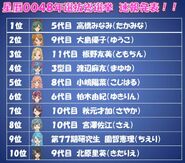 Kitarie ranked 10th in the early rankings of the General Elections. 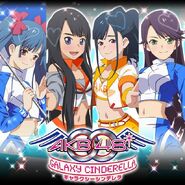 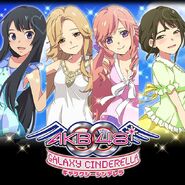 Kitarie Galaxy Cinderella of Flying Get. 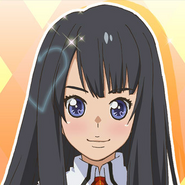