"It really brings me back. It's been so long since "Ue kara Mariko" was performed here."
—Ushiyama speaking to Tsubasa at Mimori's Succession Concert.

Ushiyama is a member of AKB0048. She is also a dance teacher and choreographer for AKB0048 and its trainees.

Ushiyama has long indigo hair which she wears down during rehearsals, and ties up when off duty. Her eyes are dark pink. She has darker skin and a muscular build, and is often seen in a jumpsuit or in normal clothes off duty.

Although she was biologically born a male, Ushiyama is a trans-woman. When she coaches the girls, she can be very strict and very harsh when one of the girls does something wrong.

Nagisa and the other members of the 77th generation first meet Ushiyama during their first dance practice. Ushiyama scowls at the girls' performance, and stops it. She scolds Kanata for her bad performance, and asks Chieri to take her place up front. Chieri refuses, and indirectly insults Kanata in the process. Kanata runs out followed by Mimori, and the girls turn on Chieri for her nasty behavior as Ushiyama watches exasperated.

In Episode 5, Ushiyama is shown to be having dinner with Tsubasa. The two of them are spied on by Suzuko and Sonata. During the dinner, Ushiyama chats with her like an old friend, talking about his curse of having the heart of a woman. At first Suzuko thinks he might be Sensei Sensei, but is proven not to be when Ushiyama mentions him to her. At the end of the episode when Tsubasa finds the girls, he calls her "Mariko", which was her name when she was Shinoda Mariko the 7th.

Tsubasa eating out at a stand with Ushiyama 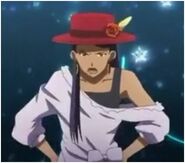 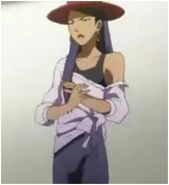 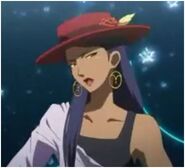 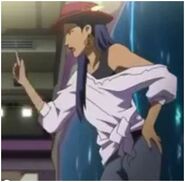 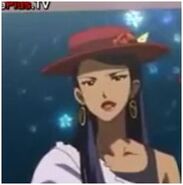 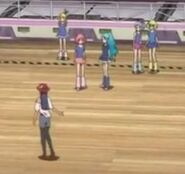 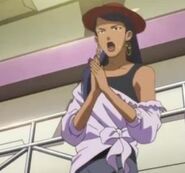 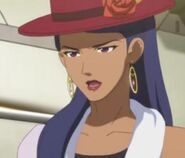 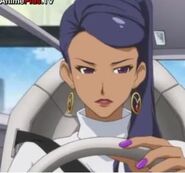